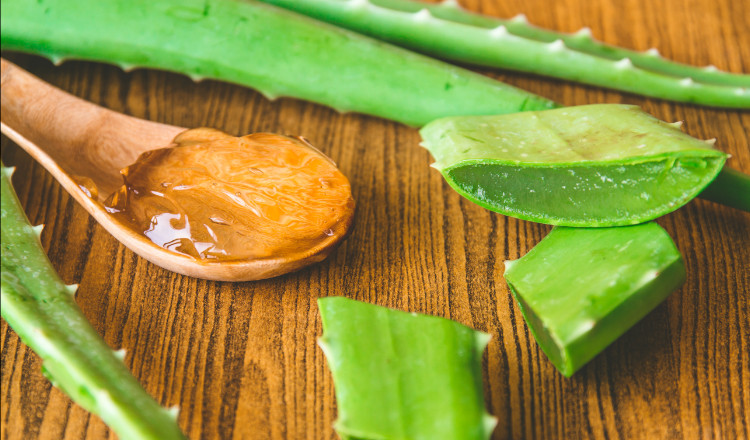 "A new Aloe Vera gel-based active ingredient is born from the Hyper-fermentation technology. ALOFERM HF has been shown to be more effective than conventional aloe within skin care and hair care formulations.”

Aloe Vera (Aloe barbadensis Mille) is a medicinal plant in the Aloeacee family. Originally from the Arabian peninsula and north-eastern coast of Africa, it is now farmed in various regions throughout the world with a hot and dry climate.

The commercial success enjoyed by this plant is attributable to its numerous beneficial properties which make for extremely versatile use, in therapy as well as in cosmetics. In particular, a thick substance, having a gel-like texture, is extracted from Aloe Vera leaves, whose phyto-complex contains a number of active principles indicated for use in cosmetic preparations. The main chemical constituents of Aloe Vera gel include phenols, polysaccharides and mucopolysaccharides (MPS); the latter are a class of long-chain sugars essential for the body and skin thanks to their ability to bind to water molecules, assuring a long-lasting moisturising effect on tissues.

ALOFERM HF BIO COSMOS is the new cosmetic active ingredient based on Aloe Vera gel developed by Phenbiox through an innovative Hyper-fermentation process. This patented technology takes place in two separate stages: the first step consists in a preliminary enzymatic treatment of the Aloe gel in order to hydrolyse the hemicelluloses and transform them into additional short-chain sugars (mono/oligosaccharides); the second step involves inoculation of the Saccharomyces cerevisiae ferment which will convert the simple sugars into metabolites of cosmetic interest.

In addition to the transformation of the inert fibres of the phyto-complex into active ingredients, the Hyper-fermentation treatment applied to Aloe doubles the amount of free polyphenols, quadruples its antioxidant power and increases the amino-acid protein content by 118%.

In addition to quantitative analyses, various in-vivo tests have been performed with the aim of evaluating the effects of ALOFERM HF in skin care and hair care. The results of a study performed on a standard sample of 20 volunteers (aged between 40-60, non smoking, of Caucasian origin), that entailed application of a base gel containing 3% ALOFERM HF twice a day for 30 days, showed:

Another study, performed on 20 adult female volunteers with minor alterations associated to itching and/or burning of the vaginal mucosa, evaluated the use of an intimate wash containing 3% ALOFERM HF over 15 days. The study highlights how ALOFERM HF is able to respect the physiological cutaneous balance of the female genital area, alleviating the burning and itching sensations and limiting desquamation, providing relief, freshness and comfort.

Finally, the results of an ex-vivo test on strands of Caucasian, undyed hair show the ability of ALOFERM HF to maintain hair hydration even after prolonged thermal stress (+26 % in rinse off mode, +54 % in leave on mode).